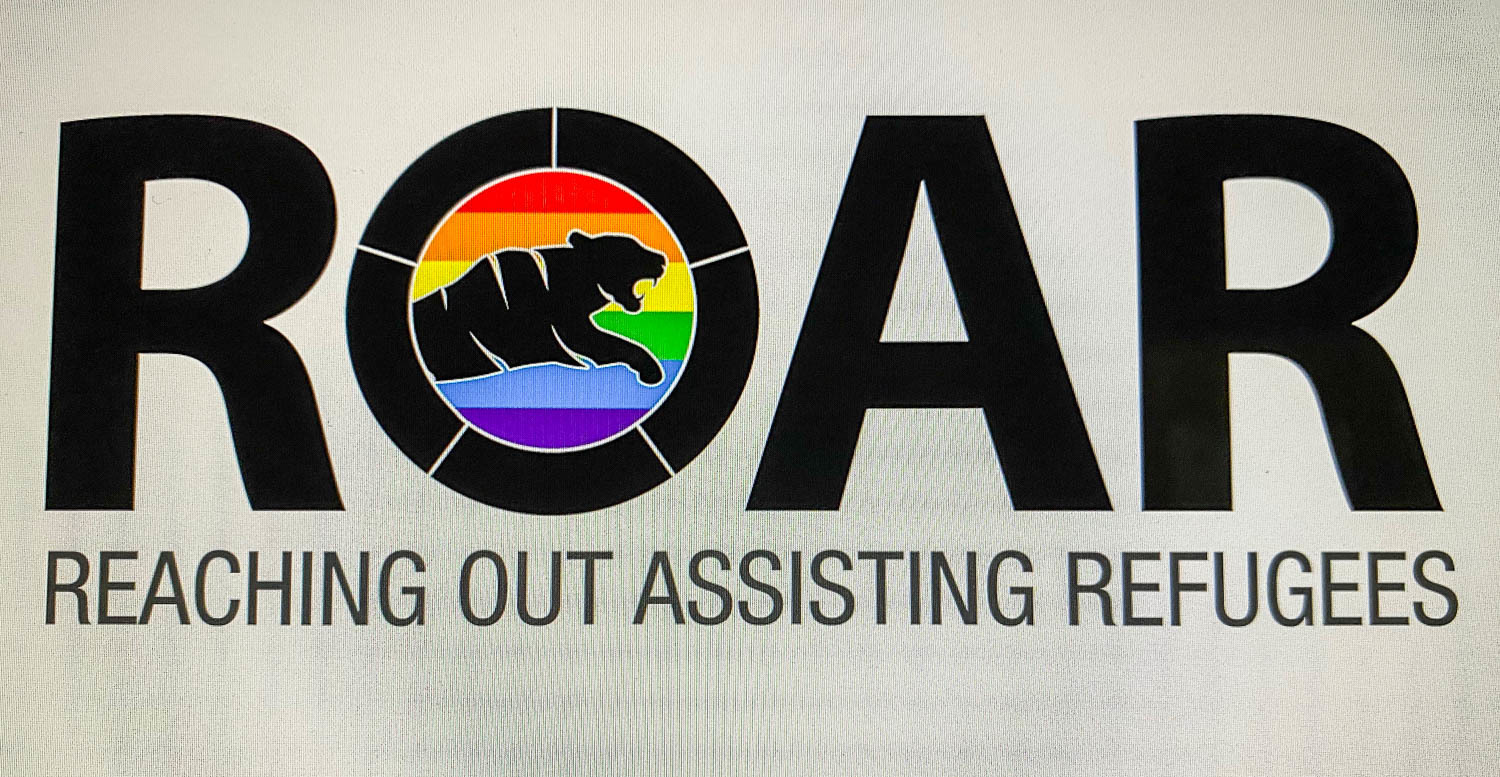 Brechin United Church has been involved in sponsoring refugees since early 2016.  In partnership with community members, including Hope Lutheran and The Unity Churches, our first Syrian family of five were welcomed to Canada in November, 2016.  The designated year of sponsorship ended successfully with both parents advancing in their ESL classes and all of the three boys thriving in school.  They are all well, happy and adjusting to their new life in Nanaimo.

During that time, some members of Brechin’s “Reaching Out” (LGBTQ & Allies) Group inquired about sponsoring refugees through The United Church of Canada and Brechin United Church.  They met with Anne Manikel, the newly appointed Refugee Coordinator for Brechin, and an umbrella organization entitled “ROAR” (Reaching Out Assisting Refugees) was formed.  Their primary purpose is “... to resettle sexual and gender minority refugees to safety in Canada”.  Each sponsorship requires the formation of a small group of dedicated volunteers who support the newcomer for their first full year in Canada.

The first ROAR sponsorship group was formed and an application was made in September, 2016.  Seventeen months later in February, 2018, we welcomed a young gay man from Syria.  With a new degree in dentistry from Syria and fluency in English, he has done very well and is now settled in Vancouver.

A second sponsorship group was formed and an application was made in August, 2017 to sponsor another Syrian man. He arrived in July, 2018 and as a well-educated, English-speaking newcomer, he adapted well and enjoys his new-found freedom and safety in Canada.  He is now working in a local Nanaimo bank.

A third sponsorship group welcomed a young “woman at risk” from Cote d’Ivoire in  September, 2019.  Since her first language was French and her year of sponsorship support was completed, she chose to move to Montreal for easier schooling and employment opportunities.  She continues in her ESL studies and high school equivalency while working.  At the same time, she has reunited with some African friends and is feeling very comfortable in her new home.

A fourth refugee sponsorship group has formed to support a gay couple from Africa with hopes to bring them to safety in Canada as soon as possible.  Sadly, Covid-19 has halted the work of the UNHCR and Canada has closed its borders to refugees for the near future.  The sponsorship group maintains weekly contact with their two new friends who are experiencing extreme persecution as LGBTQ people in their refugee camp.

How can you help?  ROAR and their sponsorship groups are working hard to raise the funds to support each refugee for the period of one year.  Through the efforts of Rainbow Refugee Society in Vancouver, they are able to receive some government funding.  However, the basic budget requires about $20,000. be raised throughout the community.  Your donations to “Brechin United Church Refugee Fund” are most welcome.

Should you wish to become further involved in these refugee efforts, please do not hesitate to contact our Refugee Coordinator, Anne Manikel, at amanikel@shaw.ca or viewing the ROAR website @ www.roarrefugees.com